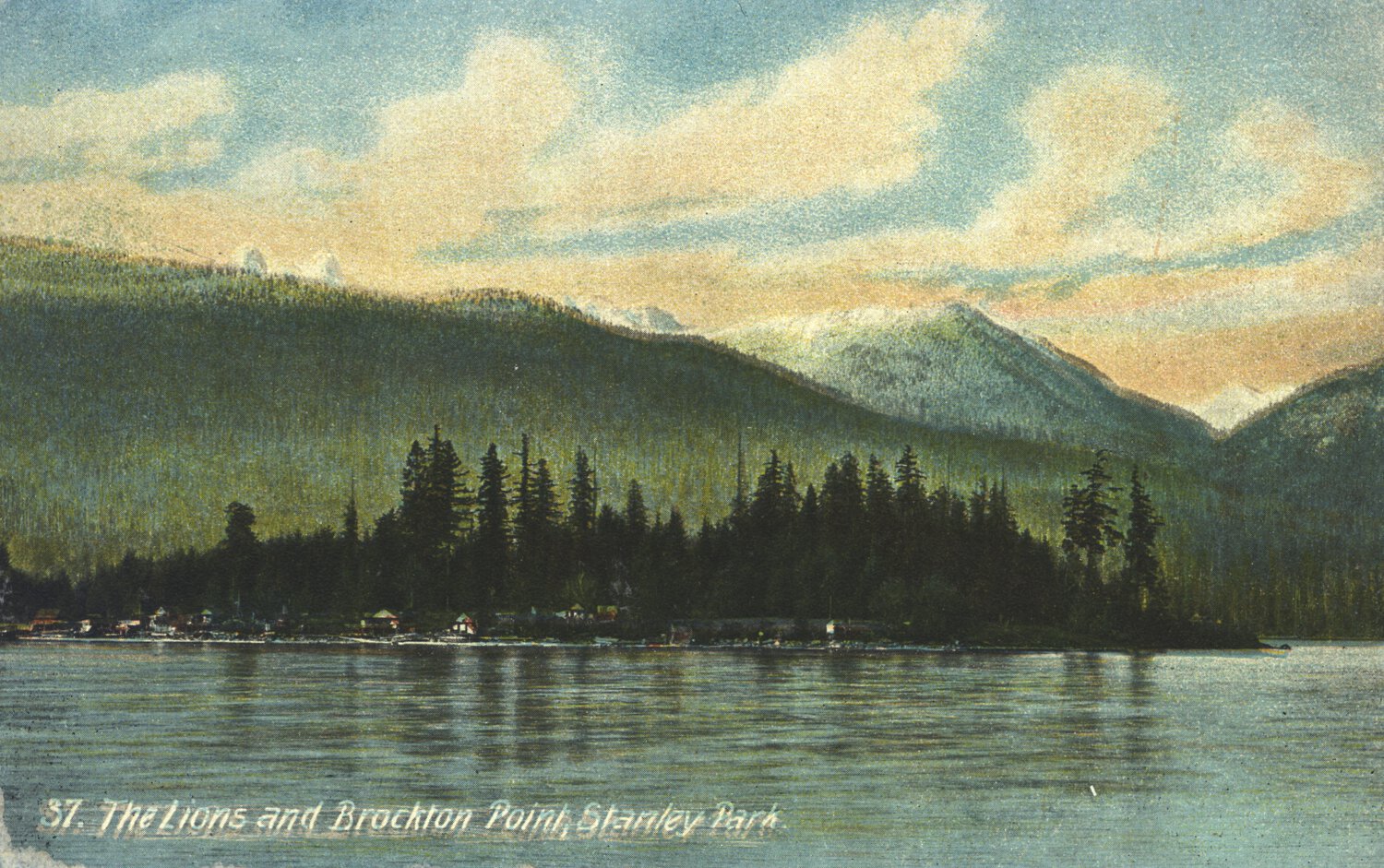 “Unsettling Victorian Literature” aims to help students identify basic assumptions about what Victorian literature is and why we study it today. While our initial discussion focuses on “what” is Victorian, we quickly move to “where” and “when” is Victorian. Is Victorian somewhere in the past and far away in England, or is it so close to us that we can barely see it? Through this discussion, Victorian emerges not as a homogenous and fixed category but as many things simultaneously in relation, an open question and a tool we might use to locate and identify ourselves as historical and responsible agents, always relative, diverse, contested, and in flux. But is Victorian still necessary or relevant?

We begin to answer this question by thinking together about where and who we, my students and I, are when we study Victorian literature. The course evolved out of an intensive year-long seminar I participated in on “Disrupting Colonialism through Teaching: An Integrated Seminar Series and Grants Program” led by Dolores van der Wey (Haida), Associate Professor in the Faculty of Education. Van der Wey held the 2017–20 Episkenew Fellowship at my home institution, Simon Fraser University (SFU), a fellowship designated for an Indigenous faculty member to help other instructors decolonize their teaching. The syllabus presented here is based on a version of the course I designed for spring 2021, combined with revisions for the next iteration this summer 2021.

SFU, where I have been teaching the course synchronously online during the COVID-19 pandemic, is located in Vancouver, British Columbia, Canada on the unceded, ancestral, and traditional Coast Salish lands, which belong to such groups as the xʷməθkʷəy̓əm (Musqueam), Sḵwx̱wú7mesh Úxwumixw (Squamish), səl̓ilw̓ətaʔɬ (Tsleil-Waututh), q̓íc̓əy̓ (Katzie), and kʷikʷəƛ̓əm (Kwikwetlem) Nations. The students in this fourth-year undergraduate seminar are, like the general SFU student population, of diverse ethnic, cultural, linguistic, and national heritage. Our relation to the land and place making, the settler nation state, colonialism, racial justice, and climate change is at the core of what Victorian literature means to us now.

The nineteenth-century writers I have selected for this course were deeply concerned with the limits of nature, sometimes anticipating a settler legacy of territorial dispossession and appropriation driven by resource exploitation, from furs to timber, from gold to oil. Looking back on that legacy, Leanne Betasamosake Simpson (Michi Saagiig Nishnaabeg) reminds us that settler colonialism cannot be divorced from environmental concerns because “colonization is always about extraction.” Over the initial weeks of the course, we engage three exemplary literary case studies from the first half of the nineteenth century that help establish an understanding of the settler norms of Victorian studies as a field: Wordsworth’s pastoral poetry, including “Michael” and “Home at Grasmere” as well as selections from his Guide to the iconic rural Lake District; Mary Shelley’s Frankenstein; and Elizabeth Gaskell’s Mary Barton.

While these texts may at first blush seem a world away from the Pacific Northwest and its colonial history, with the help of critical and theoretical perspectives drawn from Indigenous, Settler Colonial, Postcolonial and Ecocritical Studies, we trace the messy entanglements of utopian republican desires and settler mythologies that claim to represent modern human society as both an unrealized ideal and a problem. In this way, students begin to question the “fantasy of unmarked universality” (Chatterjee, Christoff, Wong) that typically hangs over this literature and their identifications with it.

We explore how concepts of authenticity, originality, nativity and ecological extinction intrinsic to the Wordsworthian neopastoral, for example, can be both a poignant paean to a passing way of country life and a xenophobic myth of human community. We also notice how those same tropes are mobilized in Mary Barton toward a migrant resolution to the problem of urban industrialism and a new world order founded on settler futurity that privileges a whitewashed universal subject. Or, from another perspective, in reading Frankenstein, the class came to see, in the words of one student, “the ways that the Creature seemingly maps on to Indigenous displacement here in North America” – a point not lost when we considered the Frankenstein motif in Mary Barton and that novel’s utopian resolution.

From this point on, the course moves to the part of Turtle Island we now call Canada through a circuitous route that takes us even further from our current location and the British centeredness that dominates Victorianism and the standard Victorian literary canon. While the geospatial imaginary that pins South Africa on the map with Britain and Canada may seem rather idiosyncratically drawn, I take this path with my students because I want them to see how the pastoral myth worked up by Wordsworth and reworked in Gaskell’s drama of class conflict in northern England reappears in a colonial setting that is obviously racist to them.

I also want them to take up the history of settler colonialism relationally in order to better understand their own place within it, including their privilege and responsibility. The geographic distance of Olive Schreiner’s African farm is thus useful in deepening conversations around colonialism, race, and Indigeneity and helps students rethink the seeming unremarkable whiteness of our English case studies while also considering the rural agricultural foundation of Canadian settler colonialism. Discussions around this text can lead to illuminating “aha moments” for students when we move to the Canadian setting. Furthermore, drawing on Ryan Fong’s insightful reading of “the stories outside the African farm,” this colonial text facilitates a focus on Indigenous presence once we are attuned to “hearing and perceiving” the existence of cultural diversity “within and outside the space of the farm” (429).

Our first text set in Canada is an emigrant narrative by Black abolitionist activist and settler Mary Ann Shadd. I approach settler Canadian colonialism from this non-British perspective to further trouble the singularity of the settler category within Victorian studies and to foreground settler colonialism’s investments in transatlantic slavery (obliquely encountered via Elaine Freedgood in our reading of Mary Barton), which many Canadian students naively bracket off as an American problem. This text serves as a reminder of the multiple immigrant and diasporic perspectives that help complicate the white settler analytic, emphasized by Shadd’s crucial role in colonial print culture (as the first woman and person of color to establish and edit a newspaper in Canada), and speaks in important ways to the diversity of the students in my class.

The remainder of the course focuses entirely on disrupting and decentering assumptions of white cultural privilege and neutrality in Victorian studies through a dialogue between British settler paradigms and Indigenous ways of knowing. Much of what we do in this portion of the course is based on discussions with the students about what they know and don’t know about our colonial past and how, indeed whether, they recognize its continuing presence. These texts are exemplary of the way all the readings in this portion of the course mediate our struggle with complicated colonial intimacies in relation to ongoing imperial politics and policies that have yet to be decolonized, reminding us that settler colonialism is “a structure not an event” (Wolfe 2).

The final movement of the course focuses on the first generation of writers, which includes such figures as Tekahionwake/E. Pauline Johnson (Kanienʼkehá꞉ka), at the moment when Canada emerged as a nation, concluding with critical perspectives on Indigenous-settler geographies represented in the literature of Victorian Vancouver. Throughout, the course is structured by disruptive and sometimes irresolvable spatial temporalities that can elicit powerful affects in the classroom. Grappling with the affects and effects of this material, I attempt a small step with my students toward unsettling and decolonizing the Victorian classroom.

Simpson, Leanne Betasamosake. Dancing the World into Being: A Conversation with Idle No More’s Leanne Simpson. Interview by Naomi Klein, 6 Mar. 2013.

Wolfe, Patrick. Settler Colonialism and the Transformation of Anthropology: The Politics and Poetics of an Ethnographic Event. Cassell, 1999.

This cluster of syllabi demonstrates the value of recontextualizing the Victorians by drawing out the forgotten and oftentimes suppressed connections between the past and the present as well as among nineteenth-century cultures and communities. Through concepts and frameworks from Critical Race Theory, Black Studies, Postcolonial Studies, and Indigenous Studies, these syllabi disrupt the geographic and temporal boundaries of Victorian Studies, remaking the field in the process for our students and ourselves.

Margaret Linley is Associate Professor of English at Simon Fraser University, where she teaches Victorian literature and culture and literary theory. Her publications have appeared in Victorian Studies, Victorian Review, European Romantic Review, Debates in the Digital Humanities, Blackwell Encyclopedia of Victorian Literature, and Transport in British Fiction: Technologies of Movement, 1840–1930. She is co-editor of Media, Technology, and Literature in the Nineteenth Century: Image, Sound, Touch.