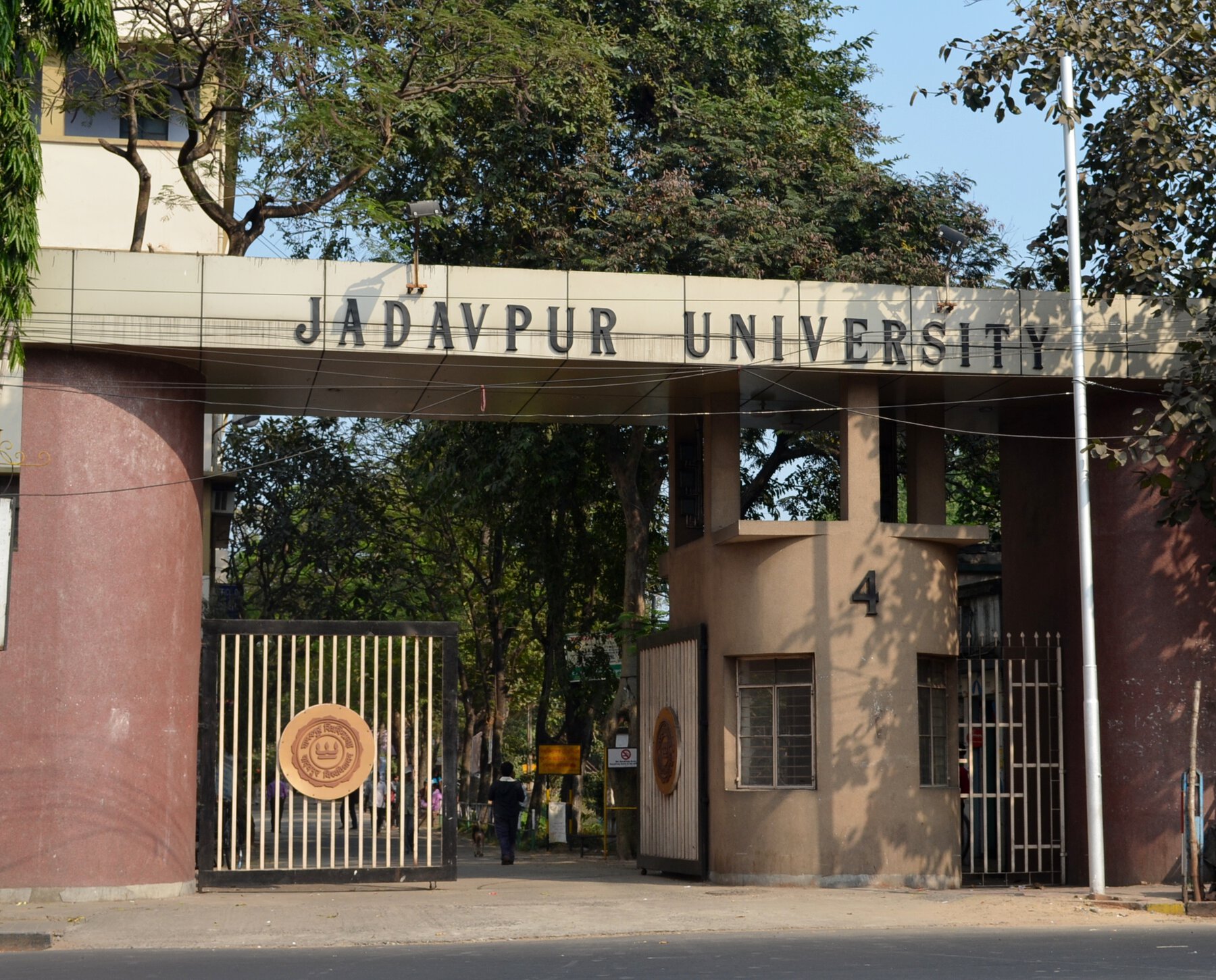 From Gauri Viswanathan’s monograph, Masks of Conquest: Literary Study and British Rule in India (1989), to Susie Tharu’s edited collection, Subject to Change: Teaching Literature in the Nineties (1998), much has been written about the teaching of English literature and the English language in India. Yet English literary studies in Indian higher education institutions remains an underrepresented topic in academic teaching and scholarship across the global Anglophone world. Just as English Studies did not begin in English colleges but in the dissenting academies, the idea of shaping a curriculum of English literature in the nineteenth century did not originate in English universities but was an outcome of the colonial process for the trainee officers at the Victorian army and cadet colleges in Woolwich and Sandhurst between 1840 and 1902.

However, not much has been discussed in academia of English departments in universities and colleges situated across colonial cities of India and these departments’ sustained attempts to read the literature of Victorian Britain in its societal and ideological context. My course, “Undisciplining the Victorian Classroom in India: Case Study of JUDE,” attempts to fill this gap by introducing students to a comparative analysis of the rise of Victorian Studies as a field. The cross-cultural perspective of this course aims to lay bare the structural biases that affect how Victorianists have been conditioned to understand the development of their field. Examining how Indian scholars have studied nineteenth-century British literature will not only help to problematize the assumed universality of the Western canon of literary criticism but will also enable us to dismantle power structures inherited from the practices of colonization.

As a response to the global call to “undiscipline the Victorian classroom,” Victorianists need to break away from the hegemony of the Western academy while introducing new frameworks to transform Victorian Studies. Limiting such radicalism to knowledge cultures fostered at capitalist countries in Europe and North America will fail to eradicate the differences among transnational and transhistorical issues. Hence, in a move against privileging structures generated by settler institutions to indigenous knowledge systems, scholars must promote the critical framing and pedagogical decision-making of institutions that function beyond the Western axis.

Moreover, reformulating Victorianist criticism from the erstwhile “margins” of the colonies will provide a true subaltern approach in seeing this field and its objects of study from below. Such an academic activity will reveal a true evaluation of Eurocentric Victorianism in understanding global practices. This approach, which I detail in my syllabus, will not only emphasize the methodology generating out of the scholarship produced by Indian academics but will also open up a series of critical interventions for further analysis and subsequent propagation. This engagement, at the same time, will offer a fresh insight into the idea of a literary canon.

My course presents students with a case study of the nineteenth-century group working at Jadavpur University Department of English (JUDE) since its inception in 1956. JUDE is one of the earliest centers of advanced study in its discipline in India, and its engagement with nineteenth-century studies made British novelist A. S. Byatt comment during her 1981 visit, “In English Departments in England it is fashionable, or habitual, to say ‘English studies have lost their sense of value – or, their sense of direction.’ Not in Jadavpur.” The eminent Victorianists at JUDE in their papers at academic conferences through the last six decades, as well as across several essays published in the departmental journal Essays and Studies (digitized by students of the department and available now online), have consistently turned their gaze on the colonial ancestors to critically assess British contributions in the making and breaking of our modern consciousness.

While conducting such extensive research away from the comfort of the repositories in the West, the scholars at JUDE have been successful not only in establishing alternative circuits of knowledge but also in integrating into their research the confluence of South Asia’s political and literary cultures at the height of imperialism. Malini Bhattacharya’s research on the interface of Bengali and English literature of the nineteenth and twentieth centuries; Jasodhara Bagchi’s rereading of Matthow Arnold, Alfred Tennyson, and Walter Pater; Sheila Lahiri Choudhury’s analysis of the interconnections between John Ruskin and Mahatma Gandhi; Sajni Mukherji’s thesis on Charles Dickens, Henry Mayhew, and Karl Marx; and the several Ph.D. theses supervised by them add up to a treasure trove lying dormant in the department’s archive, waiting to be revived in the light of contemporary discourse. Such studies will offer a unique perspective hitherto unknown to the academies of the West. Furthermore, it will facilitate an internal cultural shift without devaluing the knowledge systems of historically marginalized communities. Rather, the transfer of equity will iron out inequalities created in the access and production of academic knowledge.

This course is designed for learners who have an elementary knowledge of the Victorian classics, which must be a prerequisite at the entry level. The material included in the syllabus chiefly corresponds to a rich body of literary criticism that delves into analytical reading of various genres from the long nineteenth century. In some cases, instructors may want to supplement the primary material of this course with background reading that provides access to local cultural practices (see, for example, Tangri). Such a model will not only induce inclusivity among all who might be approaching the course from diverse cultural backgrounds but will also ensure a move towards a more equitable coexistence within the classroom and beyond. Instructors may also want to assign some of the Victorian literature on which the selected JUDE scholars were writing to help students engage more deeply with the criticism.

Since this course advocates for pluralism, I recommend that evaluation be based on research essays that use a comparativist approach to analyze some of the course material in relation to popular works of canonical criticism. Students may want to consider the relation between the contexts in which criticism, both canonical and non-canonical, is written and the contexts in which it is read and received. Such an exercise may prompt learners to cut across single literary systems in specific languages. They may even trace the broad movements within Western and Indian literatures to train themselves in inter-literary studies so that the names of Rassundari Devi, Bankimchandra Chattopadhyay, and Fakir Mohan Senapati may eventually be taken in the same breath with Jane Austen, Charles Dickens, and Fyodor Dostoevsky.

Reexamining the history of English literary studies in a specific institutional context holds the promise of generating several such models at a micro-level that may then be assimilated to demonstrate what the history of literary study can be and has been. As Sukanya Banerjee proposes in her extrapolation of the term “transimperial,” such an analytical framework may also prove to be successful in placing the non-West “in an inexhaustible relation of contiguity and interconstitutiveness with the empire ‘out there’” (925). Not only does my course seek to relocate the history of a discipline from broader origins to a specific institutional context through such a transimperial approach, but it also proposes to decolonize the history of literary study as accepted in the West.

Shantanu Majee is an early career academician from Kolkata, currently employed as Assistant Professor in the Department of English at Techno India University, West Bengal. He received his M.Phil. and Ph.D. in Nineteenth-Century Studies at Jadavpur University, Kolkata. His work has been published in The Palgrave Encyclopedia of Victorian Women's Writing, British Association for Victorian Studies, and the Australasian Journal of Victorian Studies and is forthcoming in Essays and Studies, Journal of Victorian Culture, International Routledge Volume on Ageing Bodies, Ageist Culture: Growing Older in India, and the Brill Handbook for Indian Memory Studies. He is also currently working on a book called Translating Nineteenth Century European Classics in Indian Vernacular Languages.