Victorian Women of the World 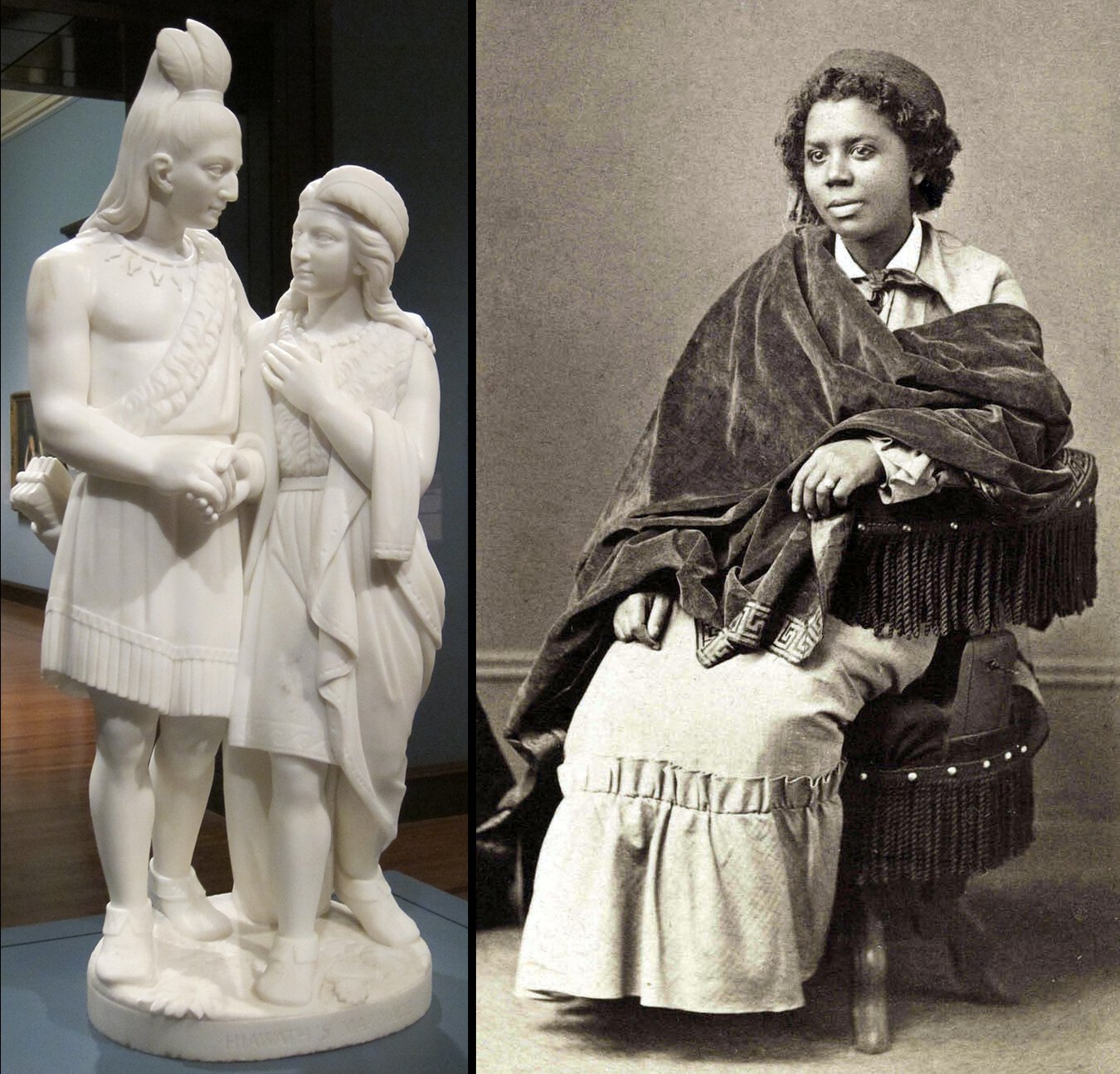 This course introduces students to the interconnected, if often uneven, cultural encounters that arose across what Sukanya Banerjee has identified as the “transimperial” world. To focus our long, wide century of readings, we explore the emergence of first-wave feminism as it developed throughout this world. As Jill Richards has shown, attempts to convene an international feminist movement boomed in the late nineteenth and early twentieth centuries. Though women from around the globe aspired and worked to coalesce around common goals and collective labor, unification efforts remained tenuous, contingent, and fractured by both personal prejudices and structural inequities. This course surveys these intersections and tensions, opening with Age of Revolution human rights discourse and the variously marginalized authors who sought to extend the reach of its ideals of liberty and equality – work that has continued ever since. Throughout the semester, we analyze how English literature was shaped by global authors who advanced their voices in the public sphere, gave creative expression to visions of a gender-based commons, and pressed the question of what womanhood might mean, entail, or demand.

This syllabus builds upon an introductory, general education survey course I first offered in Fall 2020. In the version published here, I include layered secondary reading suggestions that accompany particular lesson plans, which might be assigned outright in more advanced versions of the course. The backbone of the course is an incremental, semester-long reading of Jane Eyre (1847), accompanied each week by shorter texts – fictional, nonfictional, and poetic – that can be edited or excerpted to fit different student populations. This split reading program serves several purposes. Though Brontë’s novel was not originally serialized, our serial engagements with it replicate a defining Victorian reading mode. The shorter texts balance authors from dominant and non-dominant traditions, aligning with Nikki Hessell’s “partnership model” of syllabus creation. These intermingled perspectives help shed new light on a novel that is, for many, already familiar, and recontextualize the heroine’s evolving feminist rhetoric; relation to her Creole foil and “dark double,” Bertha Mason (Gilbert and Gubar 360); reading of “some Arabian tales” (97); entertainment and rejection of colonial missionary work; and casual references to “suttee” or to how “the Indian, perhaps, feels when he slips over the rapid in his canoe” (359, 393).

Pairing a long narrative with shorter texts also facilitates ongoing formal juxtapositions. In the opening unit on human rights, women’s rights, and the conspicuous omissions which mark both traditions, we compare Jane’s implicit claims upon humanity, through literary techniques like first-person narration and autobiographical form, with Mary Prince’s heavily mediated, paratext-laden narrative memoir. Analyzing the conventional interventions of amanuenses and editors in black female narratives, we ask how editor Thomas Pringle’s claims to have tempered Prince’s rhetorical excesses for white audiences might necessitate alternative reception practices on our end. Similar interpretive questions recur when we encounter Sojourner Truth’s narrative and the early opportunistic manipulations of her voice in transcriptions of the speech commonly referred to as “Ain’t I A Woman?” (1851). In this unit, critical materials by Gayatri Chakravorty Spivak, Elizabeth S. Anker, and Zakiyyah Iman Jackson introduce the authorial practices of self-fashioning that were established in the Enlightenment as a central dimension of “becoming human” (Jackson), even as they were routinely denied to marginalized populations.

A new unit beginning in week four covers the intersection of Anglo-American gender socialization norms with class and labor, generating a basis of comparison for the alternate norms we discover in ensuing weeks. As we examine the kinds of labor that came to be classified as “women’s work,” we focus on specific material objects (such as texts and textiles) and affective valences (like sentimental writing and emotional labor) and examine the feminized global cloth industry that linked cotton plantations in the American South and East Indies to textile mills in the northeastern United States and Britain, and to Bengali muslin manufacturers. To reprise earlier discussions of how authors assume, perform, or coopt voices, we read Chartist and autodidact poets of labor like Eliza Cook and Janet Hamilton alongside the celebrity “political poetesses,” L. E. L. and Elizabeth Barrett Browning, who adopted their causes and who made complex use of eulogy and elegy to promote them. Finally, we turn to the figure of the fallen woman that captivated Pre-Raphaelite artists and poets, comparing the treatment of sexuality by the Brotherhood with the alternative gazes of Christina Rossetti and Jewish painter Rebecca Solomon, and analyzing race through Pre-Raphaelite fascination with the Jamaican model Fanny Eaton.

A third unit on race and empire opens with E. Pauline Johnson (Tekahionwake)’s “A Strong Race Opinion” (1892), which furnishes a critical vocabulary for scrutinizing raced portrayals of indigenous women in the “crying mother” (Rudy 62-63) poems of Felicia Hemans, Lydia Sigourney, Eliza Hamilton Dunlop, and Johnson herself. These works reveal fresh formal affinities and rifts between the dramatic monologue, the narration of Brontë’s novel, and the voice of Zitkála-Šá’s memoirs. Expanding visual reading skills honed on Pre-Raphaelite paintings and Sojourner Truth’s cartes-de-visite, we turn here to black-native sculptor Edmonia Lewis, who counters common depictions of indigenous women as objects of suffering in works like Hiawatha’s Marriage (1871; pictured above), where a sense of agency emanates from Minnehaha’s companionate stance, direct gaze, and advancement on equal terrain with (and even a step ahead of) her husband. Questions of form and genre recur through Pauline Hopkins’s innovations on detective fiction in “Talma Gordon” (1900) and her journalism in The Colored American Magazine, where she defined “the True Race-Woman” and asserted that “The colored woman holds a unique position in the economy of the world’s advancement.” We end the unit by establishing key issues in feminism’s emergence in imperial India – female education, child marriage, and sati – and examining strategic efforts by authors of the subcontinent to resist the agendas of British feminists, as unearthed by Priya Joshi and Antoinette Burton.

The course concludes with a study of the global New Woman – who, though conventionally understood as a white, Western figure, emerged in diverse manifestations across the Anglophone world. Noting the common framing of the New Women as forward-thinking, we consider how temporality and teleology function in traditionally Victorian stadial conceptions of history. Against Jane Eyre’s self-presentation as a modern subject through human rights rhetoric and a prescient New Womanism, we juxtapose Toru Dutt’s anti-teleological celebration of the Vedic era as a progressive age in which “Fair India’s daughters were not pent / In closed zenanas” (2) – facilitating critical conversations about the common framing of imperial spaces as chronologically belated. We end with the rise of feminist utopianism in Olive Schreiner’s “Three Dreams in a Desert” (1887) and Rokeya Sakhawat Hossain’s “Sultana’s Dream” (1905). To begin this conversation, I present Hossain’s speculation: “How is it that the same subject and sentiments swell up from places as diverse as Bengal, Punjab, Deccan, Bombay, and England? The answer perhaps lies in the spiritual unity among the women of the British Empire” (xii). Hossain’s optimistic conjecture allows us to return to the course title’s core question and to pose new ones – intentionally raising more questions than answers. Where, why, and how did women writers aspire to unite toward common purposes? What do their successes or failures reveal? How might literature provide a medium for what John Stuart Mill famously termed “experiments in living,” or for – as in Hossain’s fictions – radically collaborative forms of common life? And how does this history continue to shape the world we inherit today?

My thanks to Ronjaunee Chatterjee, Pearl Chaozon Bauer, and Amy Kahrmann Huseby for the thoughtful feedback from which this syllabus and essay have both benefitted.

Gilbert, Sandra M., and Susan Gubar. The Madwoman in the Attic: The Woman Writer and the Nineteenth-Century Literary Imagination. Yale University Press, 1980.

This cluster of syllabi demonstrates the value of undisciplining Victorian studies courses on gender not only to include writing from Victorian women around the world but also to engage with contemporaneous questions of race, class, and sexuality. In doing so, both syllabi included here ask important questions about the relationship between feminism, gender, and imperialism in the nineteenth century. By incorporating Critical Race Theory, Black Studies, Postcolonial Studies and Decolonial thought, these syllabi present courses focused on women’s writing from different colonial traditions that experiment with genre and form as experimental spaces to align colonized women’s lived experience with the inherently gendered inflections of imperialism.

Jesse Cordes Selbin is Assistant Professor of English at Gettysburg College, where she teaches long nineteenth-century British and Anglophone literature. Her publications have appeared in Victorian Studies, Victorian Literature and Culture, Nineteenth-Century Contexts, and qui parle, and she is working on a book about the nineteenth-century history and practice of critical reading.