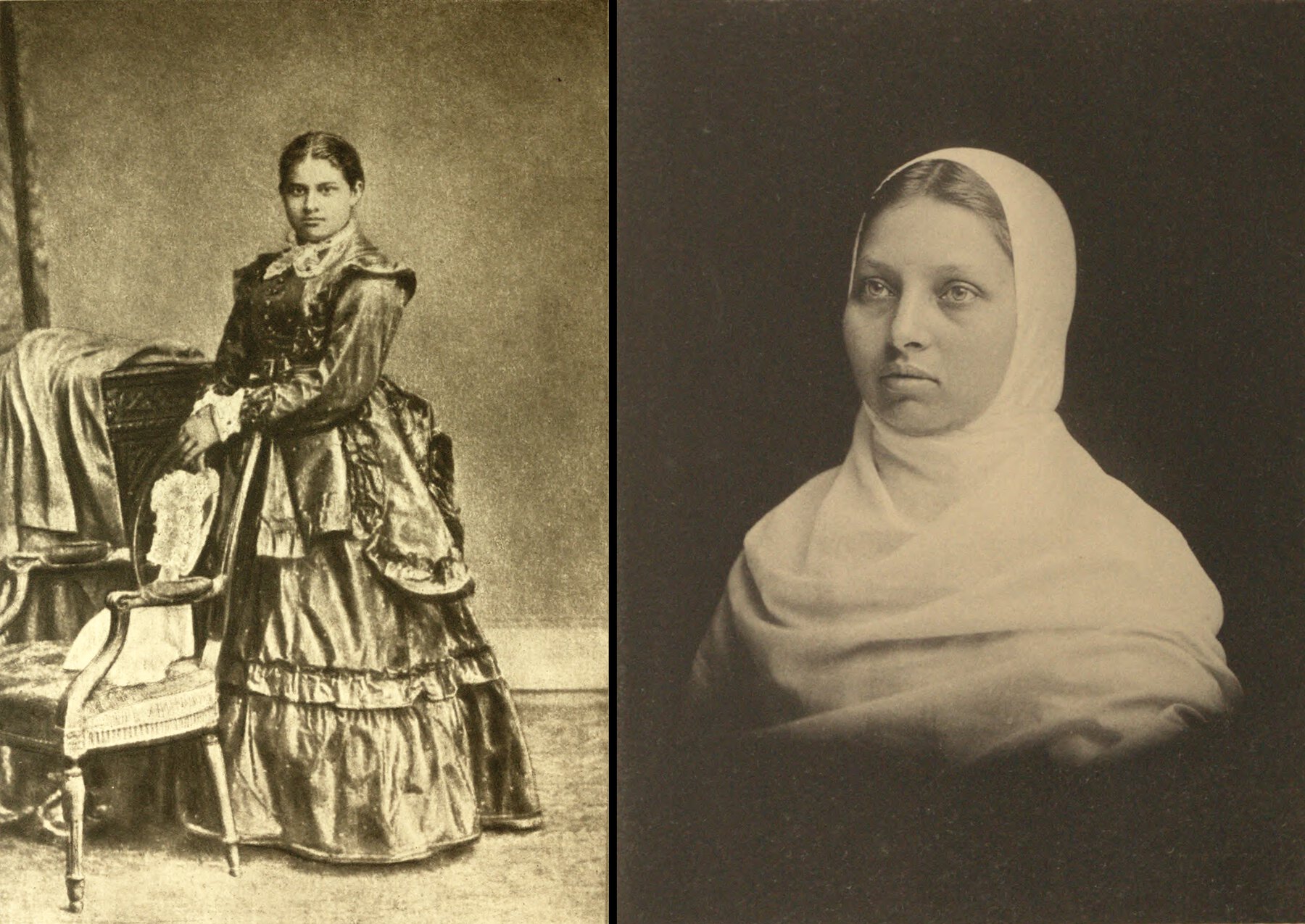 “Nineteenth-Century Women Write the Empire” emphasizes writing from Victorian women around the world. Their writing engages with complex ideas of empire through diverse genres of writing that render identity transparent: life writing (e.g., memoir and biography), the lyric, and letters and essays. Each genre enabled women writers to contend with empire and to experiment in literature as a way of exploring identity. Our exploration moves outward in increasingly widening gyres, first from the Caribbean with the life writing of Mary Prince and Mary Seacole, then to the Transatlantic, and eventually following our authors to their experiences in the Crimean War, Australia, and the Indian Subcontinent. Some questions we ask include: How might focalizing our exploration of this ostensibly homogeneous thing called “England” through the writing of women of color work not only to dispel the silence of their experiences, but to foreground the granularity of empire? Throughout, we tease from their histories and creative work compounding acts of assimilation in order to discover the multitudinous perspectives women writers had on empire, and how their writing endeavored to challenge, question, and resist the British empire, as well as at times reinforcing its effects.

The pedagogical foundations of this course lie in several notable texts: Zaretta Hammond’s Culturally Responsive Teaching & the Brain: Promoting Authentic Engagement and Rigor Among Culturally and Linguistically Diverse Students (2015); bell hooks’s classic Teaching to Transgress: Education as the Practice of Freedom (1994); Columbia Center for Teaching and Learning’s webpage “Anti-Racist Pedagogy in Action: First Steps”; and, Kevin M. Gannon’s recent Radical Hope: A Teaching Manifesto (2020). I offer these in bulk as something of an archive for those seeking out such materials, but I primarily employ Gannon in this essay for methodological framing. One suggestion from Gannon that I find particularly relevant to this course is that syllabi should “describe the knowledge creators of your particular field or discipline.” If traditional Victorian syllabi are any indicator, the old message was that the “knowledge creators” were white, British men. Really, then, the central framework of this course would be to set that assumption aside and, instead, to show that the “knowledge creators” were women from many cultures and global locations. The “aggregate portrait,” again to borrow from Gannon, of nineteenth-century scholarly work, conversations, and writing is reformed by centering voices that students recognize and identifying how each expresses and explores multiple perspectives on empire, decolonial, domesticating, ideological, or otherwise (69). This course ultimately helps students realize that history, and specifically the effects of imperialism and colonization, is not only “the past” but reified and with us always, developing, repeating, and effecting our lives, relationships, world views, and identities.

“Nineteenth-Century Women Write the Empire” is organized in three modules, each focusing on a different genre of colonial women’s writing: life writing, the lyric, and letters and essays. Through reflection activities, we also engage in the kind of “iterative cycle of self-reflection and continuous learning” necessary to self-education and acknowledgement of both historic and personal racial trauma (“Anti-Racist Pedagogy” n. pag.). As we collectively work through the three modules of this course, we develop a fuller understanding of how women writing within several different colonial traditions used a variety of genres of writing to question selfhood and build connections between texts and across national divides. What’s more, students in this course begin to foster a compassionate classroom community and the kind of learning alliances that Zaretta Hammond notes enable students to overcome internalized oppression, learned helplessness, and stereotype threats (91).

To equip students with the vocabulary and methods for talking about and working with the texts they will engage for the remainder of the term, we begin with a few classic scholarly essays about colonial experiences, literature, and how to read writing by women of color, such as Chandra Talpade Mohanty’s “Under Western Eyes: Feminist Scholarship and Western Discourses.” From this foundation, we then engage with Mary Prince’s slavery and manumission narrative as an example of how Black authors have attempted to write a history of violence and find expression despite such horrific experiences. This reading is supported by Black feminist perspectives in Saidiya Hartman’s “Venus in Two Acts” and Jenny Sharpe’s “Something Akin to Freedom,” both of which complicate and challenge Prince’s narratives in rich ways.

For historical context, students also read scholarship on the Atlantic slave trade from Michael Gomez’s Reversing Sail: A History of African Diaspora. Continuing with our life reading, we then engage with The Wonderful Adventures of Mrs. Mary Seacole in Many Lands. Many students at my institution (Florida International University) have heard of Mary Seacole before, as she is still a prominent cultural figure in the Caribbean; however, most have little knowledge of her professional skills or the extent of her travel and involvement in the Crimean War. Reading her biography is consistently fascinating for them, as many have heard of her, but also it provides another example of Black life writing in the nineteenth-century. Alisha Walters’s article “‘The tears I could not repress, rolling down my brown cheeks’: Mary Seacole, Feeling, and the Imperial Body” supports our discussion at this point in the course about embodied experiences of empire.

In the second module, we read canonical British poets Felicia Hemans and Elizabeth Barrett Browning to gain a sense of how white women writers thought about empire and nationalism in the spaces of their writing. Shifting to the lyric in the middle portion of the course exposes students to both another genre of women’s writing and introduces a conversation about the figure of the “poetess,” who was long affiliated with a white Western viewpoint. Questions that arise in this module include: How did British society’s perception of people of color construct the notion of Englishness? What did these portrayals mean for women poets who did not fit the expected model for the “poetess” and her work? How does this narrow representation impact our own expectations for what Victorian poetry looks like and can do? From this brief brush with such authors, Felicia Hemans’s writing about what “home” means to her is aligned with poetry from Australian authors Eliza Hamilton Dunlop and Letitia Stimson, supported by Jason Rudy’s discussion in Imagined Homelands, to investigate how global poetry addresses domesticity, motherhood, and nationalism. The module concludes with a discussion of “sentimentality” and the poetess figure in which we compare the work of Toru Dutt, Eliza Hamilton Dunlop, EBB, and Hemans in an effort to dislodge the fiction of the nation women poets were often meant to uphold.

The final module of the course shifts attention to correspondence and essays by women writers on the Indian subcontinent. Supported by secondary reading from Mary Ellis Gibson’s Indian Angles, students read letters and essays by Pandita Ramabai and Rashundari Devi (Bengali: রাসসুন্দরী দেবী; variously, Rassundari and Shreemati Rasasundari), who raise questions about professions, religion, public health, nationalism, and women’s “work.” From this rich archive, we also pursue discussions about domesticity, marriage, and desire in essays and short stories from Rokeya Sakhawat Hossain’s work of colonial feminism, Motichur. We interrogate how each author’s nation of origin, race, socioeconomic status, sexuality, and personal values draw together in a specific historical moment to enable the creation of the text or texts.

Like the life writing that opens this course, the shorter correspondence and essays in our third module offer examples of non-fiction women’s voices. On the one hand, Ramabai’s letters to members of the Christian church are especially trenchant in their rejection of the colonization of the mind. They also reveal how members of the Christian church intended to manipulate Ramabai’s knowledge and influence over her fellow Indians, while simultaneously deriding her intellect. On the other hand, Rokeya Sakhawat Hossain’s feminist essays, “The Degradation of Woman,” “The Better Half,” and “The Good Housewife,” rival those of Mary Wollestonecraft and John Stuart Mill, while questioning the connections between women’s lack of domestic freedom and the freedoms lost to the British empire.

The texts in this final module of the course are in some ways more intimate than the life writing that begins the course because, for instance, Ramabai’s letters were not intended for publication and Rashundari Devi’s Amar Jiban constitutes an archive (notes, poems, and personal journals) of an 88-year old Bengali woman who never thought her writing would find a wide audience. Yet, as Dinesh Chandra Sen writes in introduction to the collection, “We do not have a second book of this kind in our Bengali literature where the situation of women is so exactly and frankly drawn” (11). In each case, the women’s writing that concludes our course accomplishes the goal articulated at the outset of this essay to dispel the silence of women’s experiences both in and of the British empire.

Teaching at Florida International University (the largest Hispanic Serving Institution in the United States) demands that I seek out methods to assist learners in making connections to their own lives, and this course was one in which the global reach of the texts helped to accomplish that felt sense of relevance. Due to my institution’s status as the largest research state institution in South Florida, our students arrive at Florida International University (FIU) from diverse international communities, especially from the Caribbean and South America. In addition, the territory now known as “South Florida” has been the traditional homeland of Native nations, including the Calusa, the Tequesta, and today the Miccosukee and the Seminole. As a result, we must always offer curriculum emphasizing trans-national networks, diaspora and migration studies, indigenous studies, critical race studies, anti/de/post-colonial studies, global south connections, world literatures, environmental studies, and gender studies, all in conjunction with a robust historical curriculum. Aware of FIU’s unique needs and location when first hired to teach nineteenth-century literature at FIU, I developed “Nineteenth-Century Women Write the Empire” to foreground the representation of writers of color, writers from regions my students knew, and courses that apply culturally responsive tools and strategies to help my students become knowledgeable about the larger social, political, gendered, and economic conditions that have reinforced imperialism and inequities historically.

hooks, bell. Teaching to Transgress: Education as the Practice of Freedom. Routledge, 1994.

This cluster of syllabi demonstrates the value of undisciplining Victorian studies courses on gender not only to include writing from Victorian women around the world but also to engage with contemporaneous questions of race, class, and sexuality. In doing so, both syllabi included here ask important questions about the relationship between feminism, gender, and imperialism in the nineteenth century. By incorporating Critical Race Theory, Black Studies, Postcolonial Studies and Decolonial thought, these syllabi present courses focused on women’s writing from different colonial traditions that experiment with genre and form as experimental spaces to align colonized women’s lived experience with the inherently gendered inflections of imperialism.