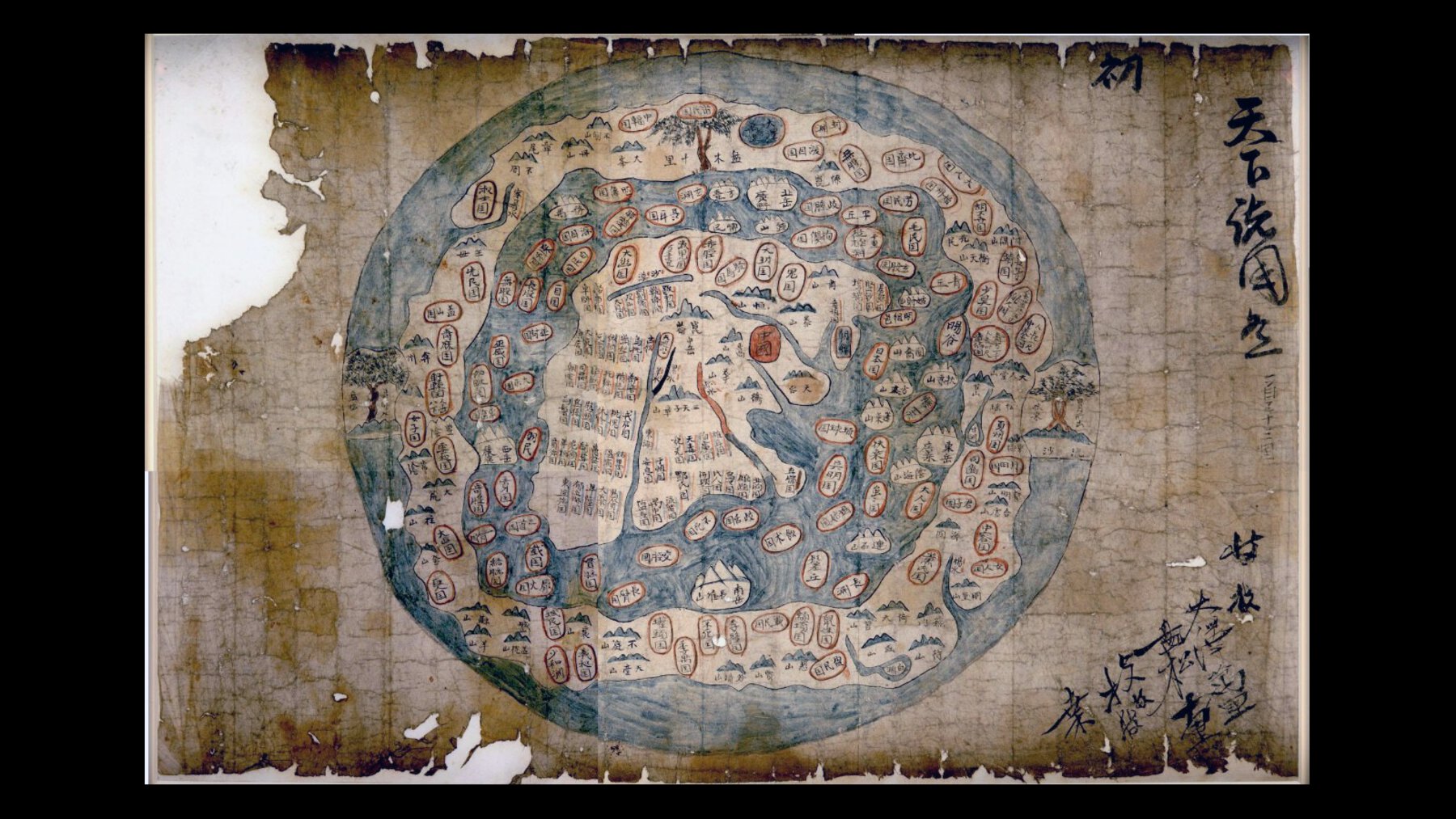 Visitors to this site may find the lesson plans in this cluster helpful in revising existing courses or in developing new ones. We designed these lesson plans to be suggestive not exhaustive, and people should feel welcome to use all or part of them as prompts for rethinking their teaching and research on the transimperial networks that connected Europe, Asia, Africa, and the Americas. If you draw on our lesson plans for your work, including in your own syllabi, please be sure to acknowledge the developers by using the citation information provided at the bottom of each page.

Traditionally, East Asia has been on the margins of Victorian Studies, eclipsed by sites of formal imperialism such as South Asia. However, the region was deeply intertwined with the “Victorian” world through transimperial networks of trade, migration, and geopolitical competition. Rather than locating East Asia at the margins, this cluster of lesson plans explores the figurative and historical centrality of East Asia to Victorian Studies.

Although this cluster is geographically focused, East Asia is not meant to be read in isolation, nor should the term “East Asia” be adopted uncritically. The lesson plans emphasize the transimperial networks – what Lisa Lowe calls “the intimacies of four continents” – that interlink Europe, Asia, Africa, and the Americas. An attention to East Asia helps to complicate understandings of British imperialism by reframing the nineteenth century in the context of competing empires. Both foreign powers and empires already established within the region, such as Imperial Russia and the Qing, fought each other for territory and influence. This transimperial approach de-emphasizes a unitary conception of empire in favor of shifting historical actors, interests, and relations.

Broadening the scope of Victorian Studies to include locations in East Asia raises questions of methodology. The many discussions we had during our year-long collaboration often centered on the issue of periodization. What happens when we engage with peoples and places whose histories stretch the temporal frameworks of our field? As we quickly discovered, the dominant historical categories of Victorian Studies are too limited for the transimperial networks that our lesson plans examine.

For us, the “long nineteenth century” opens not with the French Revolution but with the opium trade, in which the British East India Company exported Indian opium in exchange for Chinese tea, porcelain, and other goods. This triangular trade inaugurated a series of historical events and processes that brought the different territories of East Asia into new and unsettling relations with the “West” and one another. Yet even as we claim a different beginning for the nineteenth century, our timeline actually starts much earlier in 1402 with the oldest surviving East-Asian produced world map, the Korean Kangnido. Commencing in the fifteenth century and ending in the mid-twentieth with the fall of the Japanese Empire and the Chinese Communist revolution, our lesson plans challenge Eurocentric narratives of the “Victorian” past by taking this long view. Moreover, they challenge our field’s assumptions about which histories Victorianists should know, a challenge that has consequences for both undergraduate and graduate education.

Centering East Asia has also prompted us to consider issues of language accessibility, the availability of materials, and translation concerns. In keeping with the purpose of this cluster, our lesson plans introduce lesser known English-language texts that we juxtapose with materials originally produced in East Asian languages. Our team drew upon language proficiency in Mandarin, Japanese, or Korean – ranging from rudimentary to fluent – in accessing materials and providing annotations or summaries. Our transimperial focus in some instances asked for comparative work and fluency in more than one East Asian language, but this was a luxury that none of us enjoyed.

Because our target audience is Anglophone (and we assumed no East Asian language competence on the part of either instructor or student in designing the lesson plans), we were limited in our choice of non-English materials by the availability of translations. In cases when we found untranslated texts of value, we substituted secondary sources or critical articles that described or introduced them. However, we were unable to evaluate the accuracy of the translated pieces we cite. Our project thus reminded us yet again of the importance of supporting translation projects to increase the availability of East Asian materials for Anglophone scholars and classrooms. Additionally, we faced uneven institutional support. Since many of these materials are less mainstream from the perspective of librarians in the Anglophone world, our respective home institutions had varying levels of budget allocations for East Asian materials. That said, the increasing digitization of nineteenth-century texts has made our work possible in a way that would have been unthinkable even a decade ago.

These methodological considerations are a result of our interdisciplinary goal to connect East Asian and Victorian Studies. While there are a number of studies focusing on the influence of Victorian culture on East Asia, there are few that examine the reverse. This asymmetry is unsurprising given our field’s Eurocentric and white imperialist legacies. Yet examining East Asia’s significance is imperative for understanding the self-making of the Victorian world. At the same time, Victorianists must be cautious, for such an approach risks falling into a form of academic imperialism. The last thing we want is to transform the “margins” into an auxiliary of Victorian Studies or to reiterate East Asia’s otherness.

To avoid simply adding new materials and frameworks, we look at what other scholarly fields and interdisciplinary approaches can be used in conjunction with Victorian Studies to enrich our comprehension of the long nineteenth century. The complex transimperial networks linking East Asia and Britain compel us, for example, to engage Postcolonial Studies. Hence, we ask how East Asian “Others” were represented as well as how they wrote back to provincialize the Anglophone world. Our examination of these encounters also illuminates the intersection of Empire Studies and the Medical and Environmental Humanities, the intimacy between Asian Diaspora and Black Studies, and the important role of visual culture in Comparative and Transimperial Studies. Furthermore, we hope that the cluster’s discussions of multilingualism, transimperial aesthetic forms, and East Asian literary critical interventions invite you to rethink, with us, the hegemony of Western theory and scholarship.

We anticipate that our cluster will serve as a springboard for future teaching and research. For us, though, this cluster has been more than just another scholarly endeavor. Developing it has been a deeply personal experience. In “Introduction: Undisciplining Victorian Studies,” Ronjaunee Chatterjee, Alicia Mireles Christoff, and Amy R. Wong argue that “the specificities of our personal experiences and of our interpellation by Victorian studies… compel us to investigate the dynamics of race and racialization with particular urgency” (380). As a group of primarily women of color, many of whom identify as Asian or Asian American and/or have lived and taught extensively in Asia, we found this statement to be especially true for our collaborative work. Our intimacy with the material and the kinship we developed with each other have been central to our project’s success and the care and rigor with which we built these lesson plans.

We began discussing this cluster in late 2021 in the wake of the Covid-19 pandemic and a rise in anti-Asian prejudice and violence in the United States. Moreover, the published version came together against a backdrop of diminishing academic freedom and draconian legislative policies that deny our students the right to learn, speak, vote, and exist. Our monthly meetings, therefore, served as a space where we could respond to these conditions by imagining and enacting academic community and labor anew. We crossed international time zones, chatting late at night or early in the morning, to brainstorm how to connect students and scholars from across the globe. We shared our experiences and expertise, contributing to each other’s lesson plans through peer review and collaborative writing. We extended grace to one another when other responsibilities got in the way. And we considered how our partnership might challenge academic hierarchies, institutional inequities, and spatial, linguistic, and cultural divisions. As the creators of these lesson plans, then, we ask that you, when engaging with them, retain and further the spirit of generosity and mutual learning through which they were produced.

Naming Conventions in the Lesson Plans

In these lesson plans, UVC has decided to follow East Asian naming conventions when referencing most individuals of East Asian descent. Under these conventions, the surname appears before the given name. As such, UVC has amended Western bibliographic practices to better accord with East Asian naming conventions. The general rule for MLA citations is for the creator’s surname to appear first, followed by a comma separating the surname and given name (e.g., Dickens, Charles). However, in these lesson plans, UVC has eliminated the comma that usually appears between the surname and given name (e.g., Lin Shu) in certain citations of works by East Asian creators.

The exception to the above is in the naming and citing of creators of East Asian descent with Western names (e.g., Lydia Liu), those who have chosen to accord with Western naming conventions (e.g., Shu-mei Shih), and those who originally wrote in English (e.g., Nitobe Inazo). With these individuals, UVC has abided by Western bibliographic practices that use a comma to separate the surname and given name in citations. UVC has adopted these guidelines after consulting scholarship from East Asian Studies.